Correcting the Record and Moving Forward in Truth 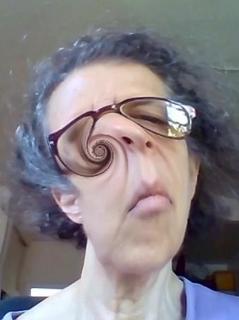 To those who rail against anyone who would destroy our history, I say, "You are absolutely right." No history should ever be destroyed. Instead its presentation should be amended to correct for distortion—to let it yell loud, clear, and truthfully the centuries of lies that we have been taught. This is but a tiny step to rectify the record.

The corrections of my distorted record (what I knew to be true history) began seriously about two decades ago when I worked for an organization that was involved in indigenous rights and issues. I'm ashamed to say that until I began working there, I hadn't thought much about Native history. I'd passively accepted what I was taught in my all-white school—all of which was exploded when I began to learn about the systematic genocide and suppression of Native peoples all over the globe.

With the current ongoing videoed deaths of so many Black men, my justice trigger has been pulled into high gear. I've been reading books, contemplating, and as they say in 12-step programs, doing a fearless moral "inventory." And much of what I've found inside me makes me sick to my stomach.

On a recent news report, Aisha Tyler was asked to comment, as the first Black actor in an important role in the sitcom Friends, about the producer's statement that "if [she] knew then what [she] knows now," she'd have done something about the lack of diversity on the popular show. Looking exhausted and disgusted, Tyler remarked that the producer had probably known then everything she knows now, but it was the great apathy that allowed her complacent White casting.

This statement rocked me because at a gut level, I believe it is true.

White Fragility: Why It's So Hard for White People to Talk about Racism by Robin DiAngelo 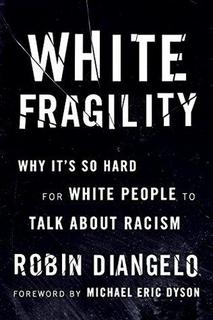 Educator and sociologist Robin DiAngelo is brilliantly thorough, and I am grateful beyond expression. This is unapologetically a book by a white woman written for white people who dispute our part in our historically racist system. It's for people who find the discomfort of the discussion intolerable. And it's also for white people like me who have accepted culpability and have committed themselves to being as uncomfortable as it takes in an effort to become an antiracist—and it gets pretty damned uncomfortable; my last read, Stamped: Racism, Antiracism, and You, gave a new-to-me history that I was never taught in white school and a vivid new awareness of systemic racism and how black people have coped with it that's changed my vision.

White Fragility is clarifying, supportive, and further strengthens my commitment, even as the clear articulation of everything made me sometimes squirm. DiAngelo's genius is the ability to break things down and deliver them as digestible facts. And with that, I'll turn it over to Professor DiAngelo:

What is white fragility?

Given how seldom we [white people] experience racial discomfort in a society we dominate, we haven't had to build our racial stamina. Socialized into a deeply internalized sense of superiority that we either are unaware of or can never admit to ourselves, we become highly fragile in conversations about race. We consider a challenge to our racial worldviews as a challenge to our very identities as good, moral people. Thus, we perceive any attempt to connect us to the system of racism as an unsettling and unfair moral offense. The smallest amount of racial stress is intolerable—the mere suggestion that being white has meaning often triggers a range of defensive responses. These include emotions such as anger, fear, and guilt and behaviors such as argumentation, silence, and withdrawal from the stress-inducing situation. These responses work to reinstate white equilibrium as they repel the challenge, return our racial comfort, and maintain our dominance within the racial hierarchy. I conceptualize this process as white fragility. (1-2)

Listen and Atone: A Message for White People 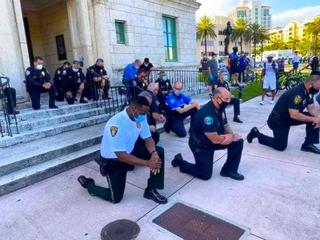 Even if you have never knowingly done something to hurt another person.

Even if you consider yourself "color blind."

Even if you live in an enclave of peace and harmony.

Even if you don't know any people of another race, so how could you be guilty of offending or hurting?

Even if you have lived a life of groveling in the mud and have worked for every dime you've ever had.

Even if the whole notion of "white privilege" strikes you as ignorant of your pain and suffering to merely survive.

Even then, please listen.

All I'm whispering is, "Listen." What will it cost you?

Think of a time you were hurt—maybe as a vulnerable child—and nobody heard your screams. Or maybe they did hear, but they didn't help or they actually made you hurt more.

Think of a time life was unfair. You did everything right, but still you were rejected, tossed out.

Now think of our history: Europeans landed on an inhabited land where they were welcomed. In response, they committed brutal sustained genocide, stole land, stole children, put Natives in virtual concentration camps—

Please, I'm pleading with you. Listen.

These settlers built an economy based on free labor. Human beings were sold by African warlords because they saw white man's money and wanted it. These people were ripped from their families, shackled and packed like sardines, shipped across the ocean, raped, brutalized, tortured, murdered. Even after the slave trade was declared illegal, it continued. White people declared that other humans were not human, purveying it as a spiritual truth, because it justified what they knew in their deepest hearts was immoral. They defended it, and therefore their economy and right to a certain life style, by turning against their own government, flying their own flag, and fighting a war. Which they lost.

But still the abuse continued. By now it was woven into the culture. Our DNA.