3 Alison Lurie Books: Why Do People Act as They Do? 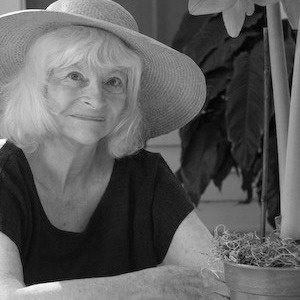 I am endlessly fascinated by the way people act in groups and how individuals in groups often evolve into homogeneity—talking in the same lingo with similar intonation, believing the same beliefs, etc. Probably my fascination comes from my loner inclinations. I've rarely done well or enjoyed being in large groups; hence, I have spent a lot of time examining them and me. My newest novel, currently circulating to publishers, largely concentrates on this topic, and I've recently discovered another novelist who seems equally fascinated by the mystery. In the interest of promoting (sometimes funny) loner perspectives about groups, I offer the following brief reviews of Alison Lurie's wonderful books.

From the first sentence, I was sucked into this Pulitzer Prize-winning story of Vinnie Minor, a 54-year-old children's literature professor with a lot of fixed ideas about other people and herself. She is a loner and likes it . . . until she allows herself to soften and change, and yet still be a loner. This is a quiet story about truth and phoniness and relationships. The cover blurbs call it a comedy, which I found perplexing. I didn't laugh once. But that didn't matter. I was invested in and identified with Vinnie and the other characters, and enjoyed their ride immensely.

I almost abandoned this book less than halfway through, deducing that it was an endless chronicling of the kind of mind chatter (known in Buddhism as "monkey mind") of a writer at a writers' retreat—familiar territory for me. But then I checked other reviews and decided to read on. Even though I pretty much knew what was coming, I enjoyed it as the intensity of the main character's self-knowledge and self-disgust heated up. This story will be familiar to writers as well as anybody who has ever idealized any group, imagining that here people will be different, or better, more noble and respectful. It ain't true. We're all the same everywhere. And Alison Lurie does a very good job illustrating the hard awakening to that truth.

Oh how I wish Alison Lurie were my lifelong friend and I could sit with her and trade stories of being in and observing communities—their bizarre dynamics, the seduction of people by charismatic leaders, the pull to group-think and group-talk, and how, even as a dedicated observer, you cannot escape being a component of what is happening. In Imaginary Friends, two social scientists infiltrate a spiritual cult in order to study these things. The narrative, written in first person by the assistant sociologist, Roger, records everything in accordance with study methods. But somehow Lurie manages to write fantastic dialogue and build to absurd, laugh-out-loud funny scenes. I had no idea where this story was going, and I'm in awe of where it went and Lurie's ability to not only understand the psychological twists and turns of people negotiating sane and insane relationships, but articulate them.