Learn from the Past—Life Photographers: What They Saw by John Loengard 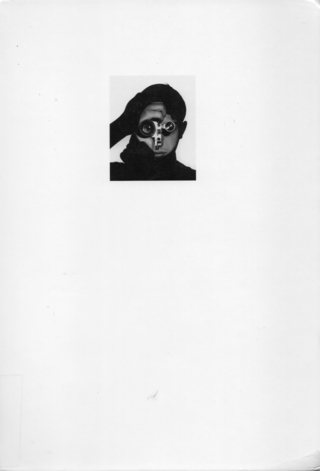 Life Photographers: What They Saw
by John Loengard

Growing up as a photographer is like going to medical school and becoming an intern. You start understanding what the world is about and how to translate it into photographs. You may become more efficient, more proficient, more educated, more intelligent, more loving. If you’re not moved by what you’re looking at, your pictures will not contain the human response.

I think it was in 1996 or 1997 that I was working as a freelance transcriptionist when I got a series of tapes that changed me. Sitting alone in my room, I was hearing the voices of people who talked about events that I'd learned about in school, and many nobody could ever learn about because they were private knowledge from firsthand experience. These photographers had not only been on the frontlines of WWII, but behind the lines, in the rooms where Roosevelt and Stalin and Churchill sat; in a cave with Tito; on the sidelines as Hitler passed; on board the ship Vincennes when it was sunk in Guadalcanal (photographer Ralph Morse described, in the most matter-of-fact way, how men died right next to him and how “You’re in that other thousand that didn’t get scratched. Why? I don’t know. Your number wasn’t up.”*); with John Steinbeck supplying the back story that turned into The Grapes of Wrath; they had been with movie stars and poor black families that nobody ever heard of. And these were only the batch of audiotapes I transcribed. What about all the other interviews?

At the time, the entire collection comprised about half of the still-living original Life magazine** photographers—the first so-called photojournalists. At the time of their interviews, they were in their 80s and 90s and still humble and arrogant and regular people who had found themselves, mostly with no preparation, in extraordinary situations where they not only coped, but thrived. It was not just what they had witnessed that moved me; it was their ordinariness (and, in the case of a couple—Cornell Capa and Gordon Parks—their compassion). I'd listen and type for a while, then find myself lying on my floor sobbing, so overcome with the sound of their voices telling little me, an anonymous NYC transcriptionist, their history through my headphones. Nobody but John Loengard (the interviewer who was also a Life photographer who was tasked with videotaping these picture-taking historians) and his associates had heard this extraordinary material.

When I returned my transcripts to my boss at the transcription agency, I was gasping. "This stuff is unbelievable," I told her. "I can't stop crying." To which she responded that all the transcriptionists were reporting this reaction.

I was so moved that after the assignment was over, I wrote Loengard a fan letter. I just wanted him to know my reaction and that of the others my boss had told me about. He wrote back saying he hoped this reaction would build a case for getting the material out.

In 1998, this book of the edited transcripts was published. By then, thirteen of the photographers had died. The videotapes have never been released.

Over the years, I've told many people about these interviews and the existing tapes—once imploring a well-known radio producer friend to try to get them broadcast—but nothing has ever happened.

This past Memorial Day, a friend posted a history gleaned from a documentary about the storming of Omaha Beach on D-Day—how it was known beforehand that it was a suicide mission. And I recalled hearing something similar in one of the interviews I’d transcribed so many years ago: how the generals knew that for the photographers, the mission was getting onto the beach to photograph the slaughter of our brave men, engendering public support for the war. Did I make that up? Or was it actually in the interviews? It was then that I bought a used first edition of this wonderful book, containing the full set of 44 interviews.***

This is firsthand source material that should be of interest to historians and history buffs who want to know what really happened in the 1930s to the 1980s. It is also a book for people who are interested in the nitty-gritty of photojournalism and photography. And it will appeal to anyone who is excited by biographies of people who live big, daring lives.

I still wish the videotapes were broadcast. There is nothing like hearing the voices and seeing the people behind them, and I’m sure my love of this book is influenced by the experience of transcribing the voices. I'm so glad this record exists and that I finally got around to reading it.

*The audiotapes that we transcriptionists worked on were up to three hours long. I may be misremembering, but think a deleted part of the Ralph Morse’s published interview described how just prior to working at Life he was pounding the pavement looking for a job, how in those days you could just drop in at an office, and this is what he did. He got a delivery boy-type job at Life which led to photographing. So, when he described the sinking of the Vincennes, there was the sense that almost the day before he’d been walking the streets of Manhattan looking for a job as a 19-year-old kid. For this reason, I hope historians will one day be able to hear and see the unedited material.

**For anyone who is too young to know, Life magazine was a weekly staple of many Americans in the 1950s and 1960s. As a kid, I couldn’t wait to grab our copy and pore over the photo essays—many of which have stayed with me like experiential memories. I confiscated and kept the John F. Kennedy issue—even though I was a shell-shocked thirteen-year-old, I knew this was history that should be preserved.

***I was unable to find this story in the edited transcripts, so perhaps I heard or read it somewhere else. Or maybe I made it up. D-Day 360 (link has audio problems) is the documentary sourced by my friend, Christopher McHale, whose post about the storming of Omaha Beach compelled me to read Life Photographers: What They Saw.