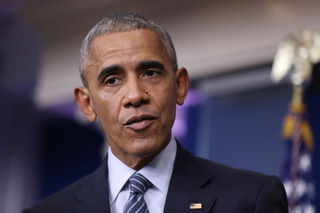 I've been posting and processing my reactions to this election through a fictional character, Zelda McFigg, the protagonist of my novel The Last Will & Testament of Zelda McFigg, on Facebook—writing letters to Zelda and her answers. Writing through a surrogate frees me, but yesterday's post felt more like a conversation between my true self and me:

Dear Zelda,
I'm so sad. I watched President Obama's last press conference and he seemed resigned to what's about to happen. I wanted fury. I wanted something to change our direction and save us from the abyss of unbridled lies and hate.
Sincerely,
Dismayed

Dear Sad Child,
Ah, the desire for Superman—somebody to magically swoop in and make everything all right. Don't you realize, it is this same desire that invited what and who is entering? There is no Superman. There is no magic. But if you really listened to what Obama said, you may have heard the source of real change, real power, real safety: It is up to each of us to individually hold to what's dear to us. Having made all these mistakes and having suffered the rather severe consequences, I have learned there is only one dear thing: a fierce, maybe even furious, Love.
Yours sincerely,
Zelda McFigg

What is Fierce Love?

I've been contemplating this, and the descriptors come like river water:

Fierce Love is grounded in the knowing that kindness, compassion, and basic goodness are more important than I am. But the energy of Fierce Love is like a raging fire—unstoppable.

Fierce Love has respect for others—people, animals, plants, our planet—recognizing that all have worth. So the intent of Fierce Love fire is not vengeful; it is not hate-based or in any way disrespectful. But it is aligned with values that are more important than even the person through whom it is flowing.

Therefore Fierce-Loving people have already surrendered their lives to this energy.

What does surrendering mean?

It means being willing to be consumed by the energy. And to do that means to be willing to risk dying in a sense.

To be willing to die—metaphorically or perhaps literally—mandates a willingness to make mistakes, look bad to others, be humiliated, tolerate fear, be misunderstood.

It means acting at the pleasure of Fierce Love, which requires being committed to the self-humiliation of realizing that rather than being love-based, an impulse has masked itself and in truth derives from one's small self (ego, revenge, etc.). So true surrender means constantly checking one's intentions and being honest about them.

What does Fierce Love do?

Like the goddess Kali, it can be the great destroyer. Or like Krishna/Christ, it can be a tender lover. The actions are ever-changing, spontaneous, and directed in each circumstance by goodness. Even a slap can be a Zen Master's thwack rather than a bully-fisted controlling punch.

Fierce Love never ends and never runs out—because it is bigger than any of us who commit to it.

Can I commit to Fierce Love?