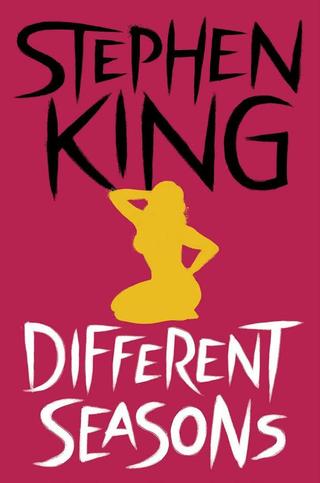 I've stayed away from Stephen King's books because I do not like being scared and I was under the impression that he wrote horror. He does. But in this book of four novellas, the horror is rooted in the normal human being's shadow (to use Jung's nomenclature). And the fact that it is exposed and played out through such exquisite writing makes it all the more horrifying. And the beauty of the writing makes the ugliness more ugly and also tolerable.

Sometimes a writer who is writing for a deep personal reason (and not all writers do) will expose his motivation. For me, King's M.O. came in this quote from the novella called Apt Pupil about an all-American sociopathic boy who gets involved with a Nazi, living incognito, in his small town:

The things that happened in those camps still have power enough to make the stomach flutter with nausea. . . . maybe there is something about what the Germans did that exercises a deadly fascination over us—something that opens the catacombs of the imagination. Maybe part of our dread and horror comes from a secret knowledge that under the right—or wrong—set of circumstances, we ourselves would be willing to build such places and staff them. Black serendipity. Maybe we know that under the right set of circumstances the things that live in the catacombs would be glad to crawl out. (250)

I can relate to this; it is why I write as well—to expose the flaws: things that, if we are deluded enough to believe we don't contain or, if we know they're in our "catacombs," we imagine or hope are well concealed. The delusion that we are, or at least appear, "all-good" makes us capable of cruelty rather than compassion. Stephen King exposes it all, and he does it elegantly (although he denies that in his Afterword), eloquently, and sometimes even erotically.

I am a journalist and fiction writer, but I make my living primarily as an editor. I've edited a number of memoirs and a few novels by first-time writers, and the most sensitive issue I deal with is nudging them to write flawed (aka "real") characters in their first-person protagonists. Most people want to portray themselves or fictional characters they identify with as "right" or "noble" in an environment where others are "wrong" or "just don't understand." This makes for flat, unreal stories. No matter what you're writing, as a storyteller you must simultaneously identify with and know more than all of your characters. You must love and believe in them the way they believe in themselves but also expose their hidden parts and their delusions for the reader to see. (A quick aside: I, too, suffer from this when I'm in my writer head, and I recently remedied "acknowledgement-of-flaw" omissions in the Kindle revision of my first novel, written in the late 1980s, Plan Z by Leslie Kove.) As readers, we immediately see when characters are flat, but so many writers who are identifying with their own rightness and are unwilling to appear wrong become blind.

Stephen King has 20/20 vision. He writes real—whether it is a murderer or a falsely accused prisoner (Rita Hayworth and Shawshank Redemption); a Nazi war criminal, a sociopathic kid, or a concentration camp survivor (Apt Pupil); four boys on a rite-of-passage quest that is revolting and exciting, sad and lonely and a testament to friendship all at the same time (The Body); or a severed-headed superwoman (The Breathing Method).

By being willing to love the darkness and the monsters who live there, he forces us to see and identify with them if we dare. It may take us "many seasons" to see our flaws, and I am grateful for King's nudge.