Wizard of the Desert: Milton H. Erickson, M.D.—What a Guy! 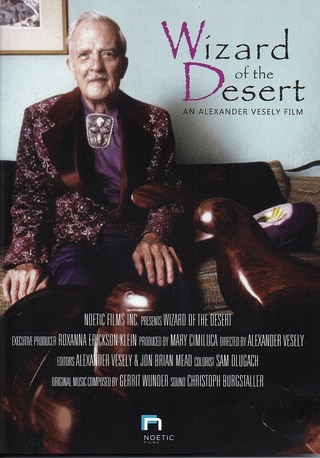 How do you get the most out of being severely color blind, tone deaf, dyslexic, paralyzed, in chronic excruciating pain from polio, and periodically near-death? If you are Milton H. Erickson, M.D. (1901–1980), founder of modern hypnotherapy and healer to people the medical profession has given up on, you develop your powers of observation. You become “the Mozart of Communication.” You reframe your and other’s so-called problems and disabilities into gifts and then milk them for all their worth—a practice known in psycho-lingo as "utilization"—in order to change and enjoy your brief time on this planet.

In the new documentary Wizard of the Desert, Austrian director (and grandson of Viktor Frankl) Alexander Vesely weaves remembrances from Erickson's legion of admirers—students, colleagues, family, and even patients—together with footage of Erickson teaching. Vesely also gives voice to some critics, which effectively humanizes Erickson and foils our wish to idealize him out of the possibility of being a real role model for change that we, too, might experience.

Ever since I worked with Erickson's daughter, Betty Alice Erickson, M.S., copyediting her book Milton H. Erickson, M.D.: An American Healer (which includes chapters from many of the same people who appear in this wonderful documentary), like many other Erickson fans, I have felt a special connection to the man and wished I could have known him, hung out with him, and mainly listened to him. Wizard of the Desert is as close as I can come to that experience. As Erickson talks to his students, I found myself going into a trance. Even with the primitive sound quality (along with subtitles), his voice finds its way deep inside you and does its calming, accepting work.

Milton H. Erickson has been mythologized, deified, and disparaged. People have called him a genius, magical, psychic, a shaman, and crazy. But this documentary allows Erickson to speak for himself. And his private, very personal message to me is: You are okay. Now use what you truly know to move on!

Sponsored by the Milton H. Erickson Foundation and produced by Noetic Films, Wizard of the Desert is a gift to anybody who aspires to change.