The Sad, Sad Saga of an Insured Patient 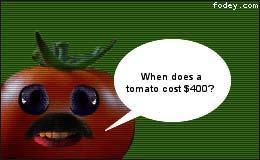 After years of paying insurance premiums for a high deductible ($2,000) plan that covered nothing but minimum preventive care appointments (meaning almost no lab tests) at a cost of around $500+ per month, I opted out of “Oxford’s good insurance” and bought a catastrophic plan from EmblemHealth that is available to self-employed people in New York City: $231 a month. And although I’m gambling that I will remain healthy and never have to shell out the $10,000 deductible, I figured Emblem is as good as my “good insurance” because it, too, pays for minimal preventive visits (even fewer lab tests).

Unfortunately, five months into my plan I did require a “sick visit.” It was May 3, 2012. There is a walk-in medical clinic nearby whose website says that a basic office visit is $150—even if you have no insurance. If you need X-rays or blood work or anything on top of just being seen by a doc, that will cost more, but unequivocally the basic charge is $150. Not only that, but they said they took insurance so at least my pay-out would go towards my $10,000 deductible. Yippee!

I called and verified what I’d read on the website. “Yes,” said the very helpful administrator, “it’s $150.”

The doc was very nice, said he couldn’t diagnose my scalp pain and lump on the gland in my neck, but it was probably some virus. He gave me two Motrin for the pain, and he and his assistant laughed when, before accepting the pills, I asked if they’d cost me extra.

“I just don’t want to be surprised by a bill charging me $5 or $10 a pill when I could go home and take them out of my medicine cabinet.”

I tried to pay $150 after the visit, but the administrator told me she had no way to accept my money since the bill had to go through EmblemHealth first.

Three days later, my scalp erupted in a rash. I called the clinic and was assured that the follow-up visit would be included in the $150. I saw a different doc this time—one who seemed as if he were on a stopwatch. “Shingles!” he pronounced and he gave me a prescription. Total time: less than one minute.

Months went by. My shingles healed. I got a notice from EmblemHealth that they’d received a bill from the clinic for $400! Yikes. $400 for approximately five minutes total office visits and a scrip? Emblem had no problem, however, because of my $10,000 deductible—towards which they added $185.

July 25, 2012, I received a bill for $185. When I called to dispute the amount, I was told, “There really is no explanation other than that this is the office visit fee that we’ve contracted with EmblemHealth.”

I pointed out that three times I’d been quoted $150 and that the clinic’s website says visits start at $150.

“Yes,” said the medical biller. “But that’s a starting fee.”

“Yes, I understand,” I answered. “It says that tests and procedures will be added on if necessary. But I had no tests or procedures. All I had was two quick office visits. So are you telling me that it’s $150 basic cost for some people but not others?”

Here’s how it works:

• If I had an insurer whose contract allowed for $150 and paid it, the clinic would receive $150.

• If I had an insurer who allowed less than $150 but paid something, the balance that I’d be responsible for would be $150 less the amount paid by the insurer—no matter how much more the clinic was out.

• But because my plan has a $10,000 deductible and doesn’t reimburse the clinic for anything, I have to pay the full contracted office fee of $185 with no notification to that effect up front.

Today I visited the very nice doc who saw me for my first visit to discuss my bill. I made my case for false advertising. He made his for insurer contracts.

“I know this isn’t any of my business,” I said during a lull in our respective emotions, “but since we’re talking about this, I wonder if you could explain the rationale behind billing EmblemHealth $400 for an office visit?”

The answer took a long time. Here’s the essence: All doctors do this. They bill “the highest, craziest fee” they can so that the insurer won’t dispute paying a reasonable fee. In other words, they bill high, knowing that the insurer will then reduce the fee, and the reduced fee will be less unreasonable than what they’d reduce to were the original bill sane.

“I suppose you could say so,” said the very nice doctor.

After I told him I was prepared, right this minute, to pay the $150 and rewrite my Yelp review, which had hurt his feelings, he reduced my bill to $150. I paid. I still think he’s a very nice doctor. He’s human. Frustrated. Trying to do the right thing. Just like me.

Now about those $400 talking tomatoes…