A Time of Innocence … Walter Cronkite ... and Technology 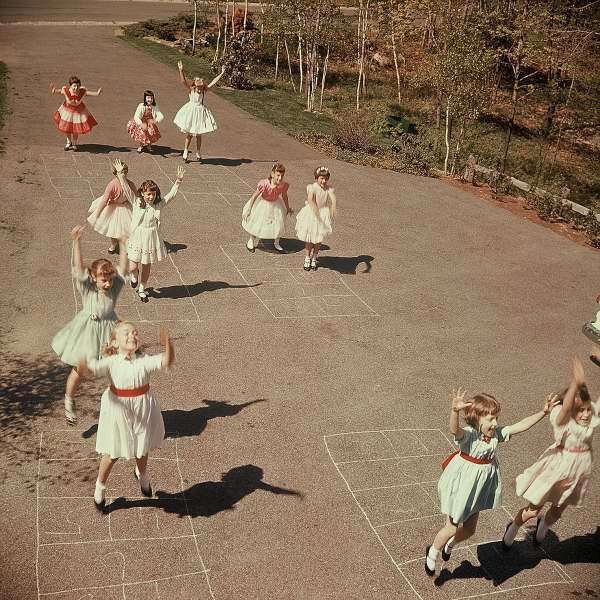 May 1959. The Barbie doll had just debuted; so had Sleeping Beauty; and Alaska had become our forty-ninth state. People left their doors unlocked; nobody's parents had gotten divorced yet; and every evening Walter Cronkite delivered news that I and the other eight-year-olds in this photo didn't understand, but we knew from the sound of his voice that all was well and nobody murdered Presidents because grown-ups were good and knew everything.

Years ago when I was between “real jobs,” I transcribed a bunch of tapes for Time Warner. They were audio recordings of video interviews of the remaining Life magazine photographers. When I turned in my transcriptions, I learned that I was not alone in my reaction. Apparently typists all over New York City were weeping and rolling on their floors. What were the stories we heard? Everything. Life! We heard stories told by ordinary people who just happened to have the assignment to witness and take pictures of the world’s most transformative events: world wars, revolutions, race relations, and the race for space. Some of the most harrowing stories were told by war photojournalists who chronicled the deaths of people right beside them. And repeatedly when they were asked “Why do you think you survived?” by interviewer/photographer John Loengard, they had one reply: a humble shrug and some version of “I guess it just wasn’t my time.”

I wonder if witnessing, in the way that photographers must, makes your point of view sweet — sweet in that, no matter the subject matter, there is no judgment of good or bad. Whatever is viewed just is.

Even before the news of Walter Cronkite’s death this week, time was collapsing and events were colliding. Life-like magazine scenes from the distant past were appearing in my mind’s eye with the radiance of “now.” Sometimes the visions were sweet, sometimes upsetting, but always they left a feeling of longing in my heart. The kind of longing you might feel hearing James Taylor sing “Carolina in My Mind” or "Never Die Young," or unexpectedly smelling your long-dead grandmother’s perfume.

I do think it’s sweet to long for Walter Cronkite’s voice of truth and times when things seemed simpler.

But ironically it is today’s technology that allowed me this explosion of linear time. I found my friend Terry Dorr on Facebook. She’d moved away when we were twelve, and for more than forty years I’ve been wondering how she was doing. We talked on the phone for an hour and a half. She sent me photographs that her father, a photographer turned accountant, had taken of her eighth birthday party when we girls wore flowered headbands and fluffy party dresses with red waistbands and black patent leather Mary Janes with white socks.

And I thank the technology of today that allows me to share this remarkable photograph with you, whoever you are. Sweet. Very, very sweet.