Little-Known Facts Behind the Story of "The Emperor's New Clothes" 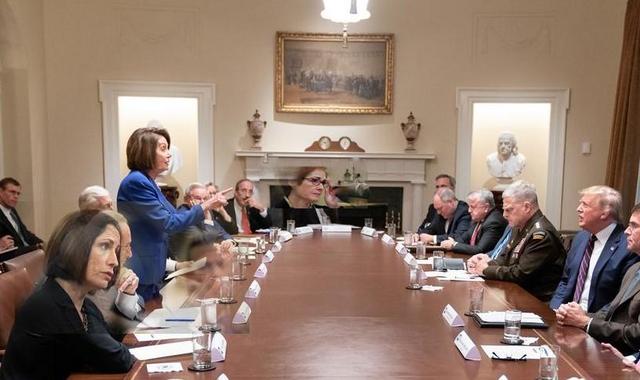 It is a little-known fact that before bringing the Emperor down, the little boy who vocalized the naked truth suffered debilitating battle fatigue.

In his family, in the District of Mossi, it was never about the politics. It was always about the clothes . . . or lack thereof. You see, the little boy's mother, Masha, believed in wearing them and his father, Mitch, thought it was enough to merely believe you were wearing them and have such conviction that everybody around you believed, or at least claimed to believe, that you were wearing clothes, and for goodness sake, Masha with all her New Age civility and dedication to yoga and "belief creates reality" B.S. should have no problem with his and the Emperor's love of "so-called" invisible suits which, after all, were a gift from dignitaries from a foreign kingdom!

As if warring parents were not enough, there were also the stresses among the boy's siblings. There was his brother, Peter, who cried wolf and had a habit of wearing male sheep's clothing to disguise his love of flamboyant fashion, and the boy's sister, Red Riding Hood, who had been brainwashed into a kind of willful apathetic belief in the goodness of strangers by her cousin Pollyanna and insisted on going about town cloaked in a cult costume that not only hid the new bulge of her stomach but made her the butt of cruel jokes and in general devalued the family's status, causing the Emperor's minions to dezone their house and the entire District of Mossi as too alien to deserve rights. The little boy was a naturally quiet child, which talkative people interpreted as interest in their problems, so for weeks Red Riding Hood had been weeping hysterically to him:

"Oh, Brother, I am aggrieved by the Emperor's impending appointment of a diehard clothes-believing magistrate who would deny a good-hearted sixteen-year-old such as me the right to make a speedy private personal decision, with her PCP's counseling. What'll I do? What'll I do?" And before the traumatized little boy could venture a reply, she continued: "If I have to become a mother, Daddy will disown me, and I don't even want to think about Mommy. I'll never hear the end of it for letting things go beyond the point of no return without the protection she insisted I carry in my little Emperor's favorite daughter-designed purse which loses its fashionable shape if I carry so much as two gold pieces. I know I'm not very smart, but I always fancied I'd go to Imperial Community College which I can't if I have to work. And the other choice—I can't even imagine the grief of giving away my offspring. How could this have happened?" she wept. "I told the gentleman whose name I cannot disclose 'No,' but he insisted his dingle was so small it could never make a baby. Oh woe is me, I am lost!"

The little boy felt her distress, and added to his own, the weight nearly squashed him. So it's no wonder that by the time of the parade his PTSD had escalated to the point where he startled at horse neighs, trembled at the bugler's blare, and saw double due to cross-eyed confusion.

"I can't go on," he whispered to himself as the crowd surged forward, cheering the appearance of the royal coach, bedecked in purple and red banners over the golden fixtures and appointments that so pleased the Emperor's wife.

"Hooray! Hooray!" yelled the townsfolk, sneaking peripheral peeks at their neighbors to see if they were the only ones shocked by the Emperor's lack of wardrobe—which perception, by a royal proclamation, had classified them as stupid.

As the coach approached the corner where the little boy's warring disenfranchised family was assembled, Peter, the boy who cried wolf, who had made a daytrip down from the mountain pastures for the festivities and had no foreknowledge of the naked imbroglio, was so surprised that he dropped his sheep's clothing, revealing a pink fishnet Tee and form-fitting leather slacks. "Ah!" he shrieked in a delighted soprano.

So shocked were the horses by his shrill outburst that they reared up, causing the Emperor to stand in alarm, shoving his unwitting wife nearly out onto the street as he grabbed for the wall of the coach for support, his tiny naked dingle quivering and trembling with the upset.

Due to his extreme battle fatigue, the little boy had no inhibitions and thus upon recognizing this dingle as the very one described in detail to him by his pregnant sister, he bellowed, "He's naked!" much louder than he would have had he not been so stressed. "It is the very dingle that impregnated my sister!" he proclaimed. "And who else has this dastardly royal pierced with his tiny shank?"

"Me too!" screamed a woman with five small children and no husband. "And instead of child support he paid me a mere 130,000 copper pieces which are far too heavy to carry in my girdle-belt purse and are refused anyway by the shop keeps!"

"Me too!" hollered a clutch of former beauty queens, with no children because the Emperor had kindly financed their abortions after forcefully taking them.

"Me too! Me too!" came the roar of the women. But alas, mere infidelity and sexual assault were flimsy accusations and hardly enough to unseat the Emperor of Lies.

"The carpet doesn't match the drapes," marveled Mitch, the boy's father, staring at the sunlit white dingle in contrast to the yellow hair and orange complexion of the monarch. "I was fooled. What a dick I am."

"And to think he exchanged the community's fortunes, allocated for plumbing, pavement, and defense of our pig farms for bogus fabric because the royal advocate Shyster Julionioni said it would glow," mumbled Masha, and suddenly the crowd grew silent. "The royal whistleblower told me," she admitted. "I wasn't supposed to tell, but now it is my duty!"

And amidst the reverberation of Masha's revelation, there arose from the back of the throng a woman so massive she briefly blocked the sun. "He is naked with his tiny white dingle," pronounced Nancy Belle of Mossi, the former Queen of Hearts before the dezoning.

"Off with his head," commanded her sister Fiona.

And because they were charismatic figures, the people rallied, refused to pay homage or taxes to the naked man, and so it came to pass that the monarchy and all who had been complicit in it were deposed. One person/one vote became the law of the land, people wore real clothes to obscure the size of their privates, health insurance was restored, baby prisons were closed, the little boy got the therapy he needed to accept what a gift his battle fatigue had been to allow him to sound so loudly and uninhibitedly the truth, his mother Masha was completely wiped out of the history of the revolution, and everyone lived happily ever after.